About five years ago, the Florida legislature made a substantial change in the alimony law, F.S. 61.08.  The alimony statute was revised to create multiple types of alimony – rehabilitative, bridge-the-gap, durational, and permanent—and to categorize marriages as short-term, long-term and moderate duration, each of which presumed a particular “type” of alimony would be appropriate.

Alimony reform has remained a hot topic in Florida.  In 2013 the Governor vetoed legislation that would have virtually eliminated long-term alimony and which was opposed by the Family Law Section of the Florida Bar.  This year, a new version of alimony reform is being considered by the Florida legislature.  Both the House of Representatives and Senate are considering two slightly different versions of the law, which can be found here: HB 943 and SB 1248. The Senate Bill has been amended once, with some significant revisions from the original text.  While it is likely a new law will be passed this session, and that it will become effective October 1, 2015, at this time it is impossible to know exactly what the final form of a new statute will be.

The proposed legislation will revamp not only the initial determination of alimony, but also revises the criteria for modification of alimony awards, and the implications of a Supportive Relationship, F.S. 61.14.   The Senate version of the Bill also modifies F.S. 61.13, which deals with parental responsibility and timesharing (formerly Custody), and changes the law to create a presumption the parents will have equal time-sharing.  That presumption would be difficult to overcome.  Creating such a presumption imposes a scenario in which both parents would be required to work full-time and share the parenting duties full time, which could be a very substantial change for some families, and is a huge departure from the “traditional” family structure.  It remains to be seen how such a cultural sea-change would play out.

This article focuses on how the proposed statutory changes will affect initial alimony determinations.

One Type of Alimony

We currently have different types or forms of alimony, including permanent, rehabilitative, and bridge-the-gap.  Under the new proposed statute alimony will simply be called “alimony.”  The Bill provides formulas to determine the high-end and low-end of the range of alimony amounts the court can order, and the duration for which alimony can be ordered.

The formulas used in the statue to determine the presumptive ranges of amount and duration of alimony are based upon two somewhat objective factors, the parties’ respective gross incomes, and the length of their marriage.  The Bill provides guidance on how each of these numbers should be determined.

The Bill provides a detailed list of what can, and what cannot, be considered gross income of a party.  Although the current statute does not define income, this aspect of the Bill is substantially similar to how income is determined currently.   The definition of income in the proposed alimony statute is also very similar to the way income is defined for purposes of calculating child support (F.S. 61.30) and codifies existing case law.

Under current law, it is typical that income is “imputed” to a non-working spouse, or to a spouse that works either part-time or who chooses to works at a low-earning job. For example a person who has a teaching certificate but chooses to work part-time as a substitute teacher, or in a retail sales job, may have income imputed at a higher level, because he or she is deemed to be “voluntarily underemployed”. Under the proposed statute, income will be imputed based upon full-time employment at a job commensurate with a person’s training and experience is required.  The court must also impute income that could be earned based upon prudent investment of assets.  In other words, a person who has money invested in an expensive house, where it is not earning interest, may find that the court determines his or her money would be growing if placed in an income bearing investment account, and impute income accordingly.

How Long is a Marriage?

The Bill defines “Years of Marriage” as the number of “whole years” from the date the parties married until the divorce is filed. This is consistent with the rest of Chapter 61, and particularly the equitable distribution statute, F.S. 61.075, which uses the same dates to establish what constitutes a marital asset.  However, the use of the words “whole years” is a bit different.  It means that if you have been married 18 years, 11 months, and 28 days, you have an 18-year marriage, not a 19-year marriage.

Interestingly, the Bill caps the length of the marriage to be used in the Amount Range, at 20 years, but then includes scenarios in which the actual number of years of the marriage, up to a maximum of 25 years, may be used to increase the amount of alimony available at the high end of the range.  This means that the high end of the Amount Range would be the same for someone in a 25 year marriage as it would be for someone in a 40 year marriage.

There are two calculations necessary to determine the range of the amount of alimony that may be awarded.  The determination is based upon the length of the parties’ marriage and the disparity in the Parties’ incomes.  For example, in a 30 year marriage, in which the Husband earns $300,000 per year and the Wife earns $50,000 per year, the Amount Range would be calculated as follows:

How Does the Court Decide?

As with the current statute, there are number of factors enumerated in the proposed law that the court may consider in determining where in the Ranges the alimony amount and duration should fall.  The court seems to have discretion to assess any or all of a variety of factors in making this decision.  Most of these factors do not seem meaningfully different from the way the Court makes this determination currently; however, there are some additional criteria in the proposed legislation that are not specifically listed in the current statute.

It is also important to note that the proposed statute establishes only presumptions, not absolutes.  At each step of the analysis the parties have an opportunity to convince the court why application of these presumptions would be unfair or inequitable.  This leaves a great deal of room for advocacy on behalf of either spouse.

Other Items of Note

The Bill creates a rebuttable presumption that there should be no alimony a marriage of two years or less.

Temporary Support, also called alimony pendente lite, may be awarded, but the proposed statute would require courts to determine the need of the impecunious spouse and the ability of the other spouse to pay, rather than utilize the presumptive ranges.  This is consistent with current law.

The amount of temporary support paid during the case may be taken into consideration in determining the amount and duration of alimony.

Alimony terminates upon death of either party or remarriage of the recipient.

The statute states that the combined award of alimony and child support may not exceed 55% of the payor’s net income. This portion of the statute does appear to be an absolute that is not discretionary with the court and may not be rebutted.

Jodi Furr Colton is a Boca Raton attorney with the law firm of Brinkley Morgan. She focuses her practice on divorce, alimony, equitable distribution, parental responsibility and timesharing. She can be reached at 561-241-3113. 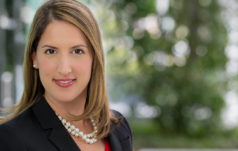